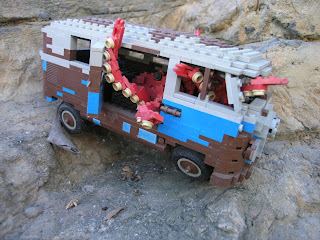 This sunken Volkswagon was deep inside our cut-away sunken ship scene... one of my personal favorite Miniland Harbor scenes. 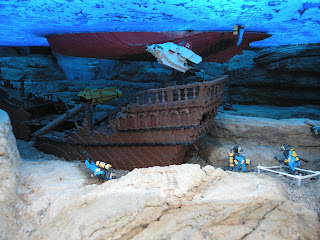 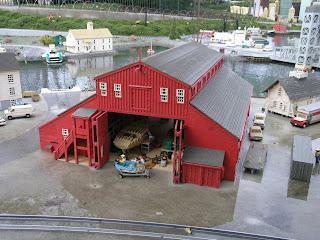 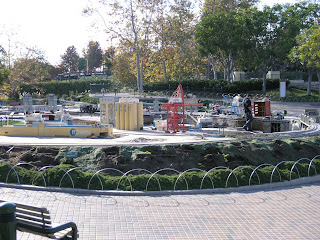 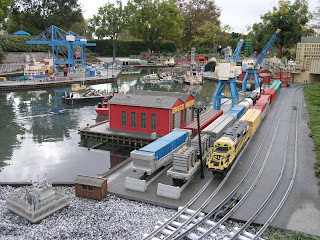 Let me start by saying that I will try to keep the project progress up to date, but I've been extremely busy lately working on my LEGOLAND projects... The Las Vegas project is switching into fast gear and I can barely keep up. In fact, our Miniland Harbor has been dismantled and drained in a "blink and you missed it" fashion...In the last couple of days, every last harbor model has been removed from its home for the last 7 years. The models are tired and worn (especially the Mini dock workers dressed like a Danish Construction Crew, missing their luster, shine, arms and dignity)

Don't worry, there isn't a single LEGO model that went in the trash. The miniature people circulated a petition to be placed in a suitable retirement environment, so some of the older more fragile models were immediately placed upon newly designed shelving in our Factory Tour (they will be looked after by our tour-keeper, Renate). All the boats and houses will be relocated, and the people will be boarding public transportation (ie. I will carry them) to either Miniland NYC or elsewhere... so don't be surprised if you find a group of European Dockworkers hanging around Miniland SoCal pier looking for union work.

Anyway, we enjoyed the harbor, I'm sad to see it go, but I'm glad that Miniland will be rejuventad by a shiny new city! Las Vegas here we come! Miniland will never be the same!
at Tuesday, December 05, 2006