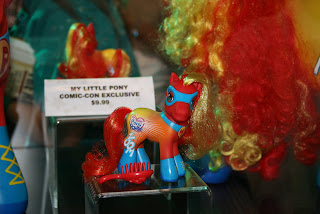 Play by Play Nerdy Day:
The entire Klein Clan trekked out to San Diego yesterday for the Comicon Comic book convention at the SD Convention Center. Thursday was the first day of the event, so after the drive to get down there, it took another hour and a half to find parking.

After a nice Mexican meal, we grab one of those cute bicycle guys to pull our food hangover butts to the convention center, but that backfires when he slams into a stopped SUV. There was damage, an argument ensued, we continued on foot.

The line to get your Comicon pass was about a mile down the block and then wrapping around back and forth in a common area (madness!) Thank goodness someone saved us with a sticker he was passing out (VP of Operations - he said?!).

Trials and tribulations must be endured to get into Comicon, it is always an adventure, but once one is inside basking in the airconditioning it is all worth it, right Jabba? 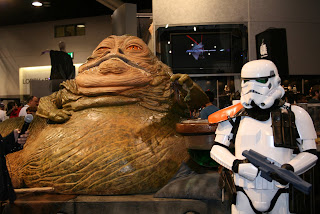 Look out for the big funny green guy, Dad! 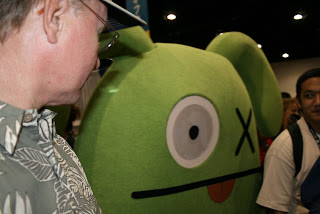 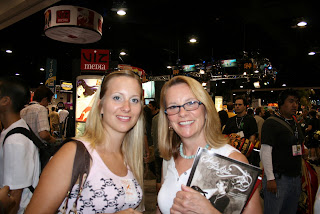 Bro at the G4 gamers channel booth - in a trance... 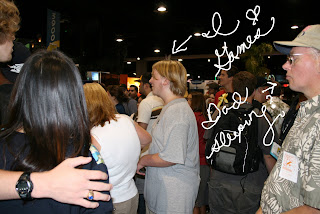 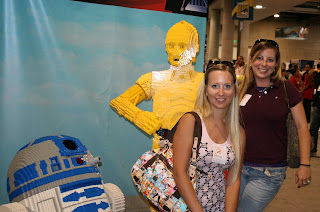 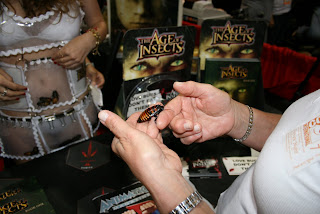 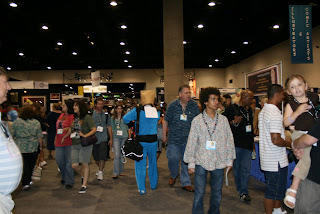 Maybe he can meet up with this Cardboard Warrior... 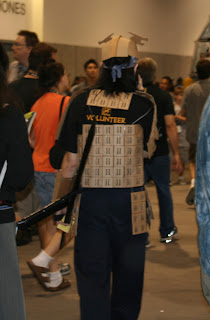